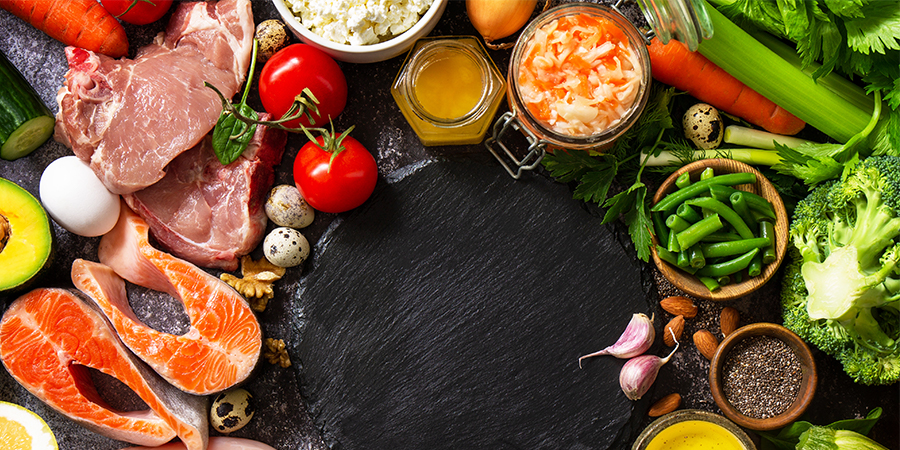 Epilepsy is a chronic disease of transient brain dysfunction caused by the sudden abnormal discharge of neurons in the brain. An epileptic seizure, it is to point to brain nerve element abnormality and excessive synchronous discharge caused by the clinical phenomenon, its characteristic is sudden and transient symptoms. The abnormal firing of neurons varies depending on the location in the brain and can be motor sensory mental or autonomic with or without changes in awareness or alertness.

The Ketogenic diet is a high-fat, low-carbohydrate, moderate-protein diet. The treatment has been used for decades to treat refractory epilepsy in children, and while its antiepileptic mechanism is unclear, its effectiveness and safety are well established. At present, it is generally believed that the new anti-epilepsy is only effective for 30-40% of children with refractory epilepsy (seizure reduction of more than 50%); The ketogenic diet is effective for 50-80% of children with refractory epilepsy, 30% of children can reduce 90% of seizures, and 10-20% of patients can completely control seizures, so its efficacy is similar to or slightly higher than any of the current new antiepileptic drugs. Dietary therapy is usually given to patients aged 1-10 years, but other ages are not excluded from the trial. Many patients can reduce the use of antiepileptic drugs, reduce drug side effects, and improve cognitive and behavioral disorders.

The ketogenic diet has proven to be an effective treatment for epilepsy since it was first used in 1921. But with the emergence of new antiepileptic drugs, people’s enthusiasm for it to start to reduce, the last two decades, however, in spite of all kinds of new antiepileptic drugs appeared continuously, people find all of these drugs can not cure epilepsy, the proportion of refractory epilepsy is about 30%, so the ketogenic diet as a kind of effective therapy and get people’s attention.

Some doctors used to think that ketogenic diets were difficult to adhere to because of the specific dietary composition, but in fact, when seizures are controlled, patients are generally well tolerated.

Some doctors think the ketogenic diet is a high-fat diet that can cause hyperlipidemia, heart disease, and stroke. There was actually no evidence of an increased risk of heart disease or stroke.

As early as in the 1920s, Hugh Conklin, an American doctor, adopted the method of fasting and water deprivation in the treatment of children with epilepsy, and achieved a high success rate of treatment, with many patients having no seizures for a long time.

In 1921, Dr. Wilder of the Mayo Clinic in the United States first proposed a ketogenic diet (high fat, low carbohydrate diet) that can simulate the metabolic effects of hunger.

In 1939, the advent of the new antiepileptic drug phenytoin (valentine) ushered in a new era of medical treatment for epilepsy. Ketogenic diets were relatively complex and expensive compared to drugs. When phenobarbital and phenytoin were effective in treating epilepsy, interest in dietary treatment waned.

The early 1990s: The new era of ketogenic therapy begins with a Hollywood producer, Abraham, whose son Charlie has refractory epilepsy. After failing multiple drugs and other treatments at a cost of $100,000, doctors tell the patient the prognosis is continued seizures and progressive developmental decline. Then he learned about the ketogenic diet and went to Johns Hopkins Hospital to start the diet treatment. He was not subject to medication and achieved complete seizure-free results. He continued the ketogenic diet for many years and was able to go to school and lead a normal and happy life. In order to let more parents know ketogenic diet, Abraham created the Charlie fund, published a ketogenic diet book, for the patient and the doctor made a film about the ketogenic diet, the TV version of the department of the movie “to adopt the method of harmless”, also funding a ketogenic diet by seven centers in research.

1996-present: authors at Johns Hopkins Hospital reported on 150 children with epilepsy who were treated with a ketogenic diet for 3, 6, and 12 months and followed up for 3 to 6 years. The results were dramatic. Since the 1920s, the results of ketogenic diets have been generally consistent across age groups, epilepsy frequencies, and countries. At present, it is generally believed that the new anti-epilepsy is only effective for 30-40% of children with refractory epilepsy (seizure reduction of more than 50%); The ketogenic diet is effective in 50-80% of children with refractory epilepsy, reduces seizures by 90% in 30% of children, and fully controls seizures in 10-20% of patients. Dietary therapy is usually given to patients aged 1-10 years, but other ages are not excluded from the trial. At present, ketogenic therapy has been widely carried out worldwide, with about 80 centers in 45 countries offering ketogenic diet treatment.

The principle of mechanism

During eating, glucose is facilitated by facilitated glucose transporters (GLUT1) into the brain. Fatty acids provide energy to muscles and other tissues during fasting, but they cannot enter the brain. Ketogenic amino acids (KEtogenesis) from the fatty acids and from the liver enter the brain via a transporter (MCT1 transporter) to provide another form of energy. The “ketone body” contains three components: acetoacetic acid, beta-hydroxybutyric acid, and acetone. Neonates and young children are more likely to produce and utilize ketone bodies in the brain 3-4 times than adults.

The ketogenic diet is a high-fat, low-carb, moderate-protein diet that mimics starvation in the human body. Ketone bodies produced by fat metabolism as another source of body energy can produce anticonvulsant effects on the brain. Its specific anticonvulsant mechanism is unclear. It is generally believed that there may be the following aspects:

2) GLUT1 deficiency syndrome: The inability of Glucose to enter the brain leads to seizures, developmental delays, and complex movement disorders.

Before starting a ketogenic diet, a detailed history and examination are needed to evaluate the type of attack; Exclusion of contraindications to ketogenic diets; Estimate risk factors for complications (e.g., presence of kidney stones, familial dyslipidemia, severe liver disease, chronic metabolic acidosis, feeding difficulties, etc.); In addition, we should pay attention to whether the patient is currently taking drugs containing sugar, if necessary to change. Therefore, in the initial stage, the following checks need to be improved.

Ketogenic diet mainly refers to the composition of food, eat fewer carbohydrates, eat more fat, protein, but this diet is very bad for patients because the number of carbohydrates is too small, will make blood sugar drop, the body will consume fat, fat in the process of use, Will produce more ketone body. Ketone body includes β hydroxybutyric acid, acetoacetic acid, acetone, ketone body further metabolism in the liver, if the ketone body produces too much, the liver load is large, the liver damage is large, if you want to lose weight, so the patient should lose weight so that the internal organs of the body are not damaged by weight loss. The process of losing weight should be a long-term process, it is best not to use a ketogenic diet to lose weight, can control the daily intake of calories, including carbohydrate, fat, protein, fruit, and vegetable intake. At the same time, some exercises can be chosen. Initially, some patients may be interested in exercise, including slimming machines and dumbbells. As you increase self-discipline, take an exercise that requires higher self-discipline, including stationary bike, Power Tower, Vertical Climber, etc. And adopt the ketogenic diet to lose weight, the liver damage of patients is too great, is not conducive to physical and mental health. We must reaffirm the vision of RELIFE: TO BRING HEALTH TO ALL MANKIND

Join Relife brand to rebuild your healthy lifestyle, join now as an initial member, enjoy a superior experience, and regularly give back to our royal members with premium quality fitness products, gifts, discounts, etc.

How do Soccer Players use Exercise Bikes to Work Out Their Legs? 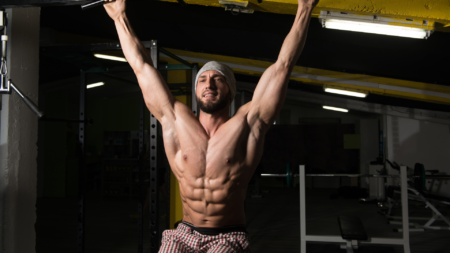 4 Common Pull-up Mistakes When You do Power Towers

9 Dip Station Exercises You Should Try 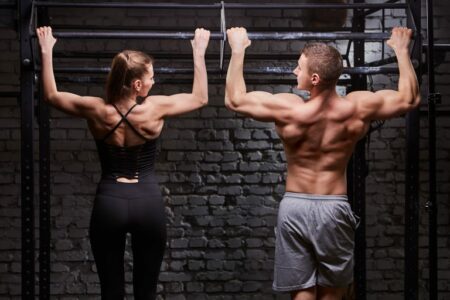 Pull Up vs. Chin Up, Which One Is Better For You?

What is the benefits of barbell for training?